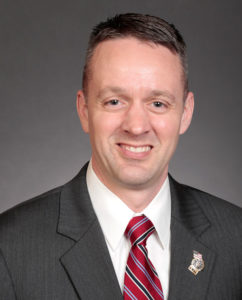 Dawson envisions varying fees for lodging and camping spots within a state park.

“There might be a lake there where the more desirable cabins are down by the lake as opposed to a little far removed,” Dawson says.

The Iowa Department of Natural Resources oversees the state’s parks, reserves and forests. There are more than 4700 campsites within those state-owned properties.

“We’ve got great parks. We’ve built some brand new cabins over the last few years and they’re just fabulous,” Dawson says, “And we ask ourselves: ‘How can we get more traffic there?’ So I think this is kind of creative a great way to drive that traffic.”

Another senator suggests say state officials might opt for two-nights-for-one pricing specials during the early spring and late fall to attract more off-season campers. The bill got unanimous approval in the Senate Ways and Means Committee yesterday.