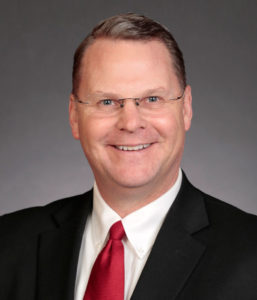 A bill to bolster programs that help Iowa workers of today and the future acquire new skills passed the Iowa Senate without a dissenting vote today. Senator Craig Johnson, a Republican from Independence, said the bill will have “a huge impact” on the state’s economy.

“One of the biggest concerns for businesses in the state is finding quality employees,” Johnson said. “The programs contained in this legislation are going to help reduce the skilled workforce gap in Iowa.”

Summer internship programs, new state financing for apprenticeships and mentoring for college students are all mentioned in the bill. While Democrats joined Republicans to support the measure, some questioned whether Republicans who control voting majorities in the House and Senate will follow through later with the money to make the programs run.

Senator Bill Dotzler, a Democrat from Waterloo, promised to eat the cover of a book about the so-called “Future Ready Iowa” initiative if that money is provided.

“I’m going to hope and pray that we can put our money where our mouth is and this isn’t some phony marketing program to sound good at election time,” Dotzler said. “I’m tired of that.”

Dotzler was part of a “Future Ready Iowa” task force and the group’s recommendations have been Republican Governor Kim Reynolds’ top legislative priority.

“Everyone knows how important it is that we have a skilled workforce,” Reynolds told reporters earlier today. “Job creators, businesses all across the state, they are energized. They tell me business has never been better. They’re projecting significant growth. They just need people.”

Democratic Senator Matt McCoy of Des Moines,  who did vote for the bill, called it “the re-elect Kim Reynolds plan.” Early in the debate, Senator Nate Boulton, a Democratic candidate for governor, unsuccessfully tried to delete a section that calls for spending half a million dollars on marketing and promotional materials for the “Future Ready” effort.

“This is a pen that says ‘Future Ready Iowa’ on it. It’s being handed out to people that are going to be wanting Kibbie grants, but not able to get them,” Boulton said. “We’re handing out bandannas to people that cannot get a Kibbie grant, but they’re going to get a bandanna to tell them about it.”

Republicans like Senator Johnson say it’s important to market the program, so people know there are options for training beyond a high school degree.

The bill already passed the House unanimously last week and is headed to the governor for her signature.