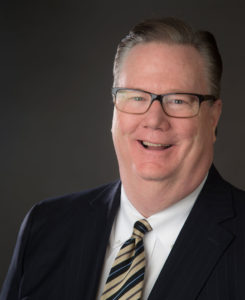 A new survey from the Iowa Association of Business and Industry finds three-quarters of the business members expect increased sales in the second quarter of this year — with the rest expecting them to stay the same.

ABI president, Mike Ralston, says more than half the businesses expect to add more employees.  “The good news is that this is the second quarter in a row where we see this optimism, so hopefully it’s a trend,” Ralston says. He says businesses are seeing a lot of good things in the current economy to make them optimistic.

“Employment’s up, sales are up, revenue is up “You’ll notice in the survey there was a lot of talk about capital expenditures — so that’s always a great sign,” according to Ralston.

“Seventy-nine percent, almost 80 percent of the survey respondents plan to make a capital expenditures here in the second quarter of 2018. And that’s fantastic.” There are a couple of concerns amidst the optimistic figures.

“The first concern that we saw is one that we’ve seen for many years here in Iowa — and that’s people,” Ralston says. “…it doesn’t matter how big the company is, where it’s located or what industry it is in, everybody is looking for people. Hiring and being able to find enough people is still a concern.” The other concern involves the administration’s talk about trade issues.

“At ABI we believe more markets are good and free trade is good and there is a lot of concern about the president’s comments and actions related to trade and that sort of thing. So, that’s a concern too,” Ralston says. He says two key trade issues impact Iowa businesses.

“He’s been very aggressive on renegotiating NAFTA. NAFTA has been a huge positive for Iowa…and then to talk about steel tariffs on top or it. Our members are already seeing an increase in their costs. All of that is a real concern,” Ralston says. Ralston says they’ve expressed their opinions on the trade issues and can only sit back and wait. When it comes to finding workers — he says companies are trying all sorts of things to get people hired — including adjusting shifts and working hours.

“Maybe somebody’s going to work four hours in the morning and four hours at night and they want some time to do family stuff in between,” Ralston explains. “People are looking at split shifts, and I believe data shows wages are rising. All those are reflections of a tough labor market.” ABI is comprised of 1,500 member companies of all types and sizes in all 99 counties employing more than 330,000 Iowans.

The survey results may be found here.