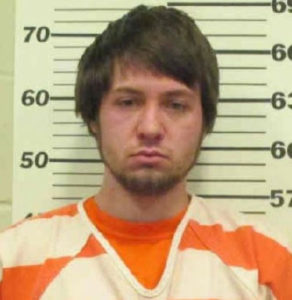 Charges have been filed in connection with a crash that killed two teenagers in northeast Iowa’s Clayton County last month.

Iowa State Patrol Sergeant Nate Ludwig says 20-year-old Kory Doeppke of Elkader was driving a car that collided with a pickup at a rural intersection between Strawberry Point and Edgewood.

“The vehicle (Doeppke) was operating went through a stop sign and was broadsided by another vehicle,” Ludwig said. The crash resulted in the deaths of two 16-year-old boys; Brady Edwards of Greeley and Izaiah Drinkwater of Manchester.

Doeppke was arrested on Monday. He’s facing two counts of vehicular homicide. The crash happened around 11 p.m. on February 16. Court records show Doeppke was driving drunk and the impact from the crash was so severe it split the car, a 1992 Chevrolet Lumina, into two pieces.

Edwards died at the scene. Drinkwater died about a week after the crash. Both boys were students at West Delaware High School in Manchester. Doeppke and a 15-year-old passenger in the car were injured. The driver of the pickup, 31-year-old Sean Chopard of Edgewood, was not injured in the crash.