You are here: Home / Sports / Graceland wins and William Penn comes up short at NAIA semifinals 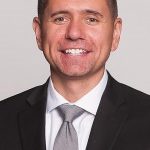 Graceland University used a strong second-half performance to defeat Louisiana State University–Shreveport, 87-80, in the semifinals of the of the 81st Annual NAIA Division I Men’s Basketball National Championship Monday night at Municipal Auditorium in Kansas City.

Four players scored in double figures in the game. LT Davis led the Yellowjackets with 28 points. Will Nelson contributed 22 points and Jeremy Deemer added 13 points and 13 rebounds to complete his 15th double-double of the season.

The win is the Yellowjackets’ third national tournament victory in as many games in their first-ever appearance in the tournament. Graceland is 28-10 on the season and 18-2 since January 17.

“Our players have such high character,” said Graceland head coach Craig Doty. “They care about each other, they love each other and are so disciplined. We actually felt good going into halftime even though we were down because we felt like we were getting better shots than they were. We thought there was no way no way they’d hit 11 3-pointers in the second half. We felt if we could just keep doing what we were doing and keep it together down the stretch, we’d win.”

William Penn came up short in a bid to make it an all-Iowa title game. LSU-Alexandria used a late 12-0 run to take command in an 84-75 win as the Statesmen end the season with a record of 30-5.