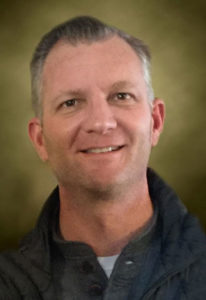 The person killed in a single-vehicle crash in Sac County Monday has been identified as a Carroll man who was the brother of a central Iowa police chief.

The crash happened around 2:30 p.m. about three miles south of Lytton. A state patrol crash report indicates a Jeep driven by 44-year-old Deon Wingert entered a ditch, hit a field driveway and rolled several times. He died at the scene. Wingert was the younger brother of Des Moines Police Chief Dana Wingert and he was a former science teacher at Carroll High School.

Carroll High School Principal Tammie McKenzie told the Des Moines Register that Deon Wingert was a “remarkable educator and a friend to many.” She said Wingert taught chemistry at the school from 1999 to 2013 and worked in the evenings and on weekends at a health center in Carroll.