You are here: Home / News / Eight counties will be first to get license plates with new design 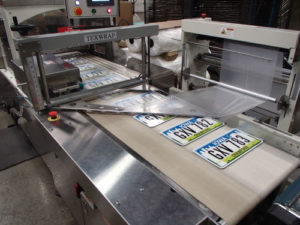 New license plates are going out to 8 counties.

The new license plate design picked by voters at this year’s Iowa State Fair will start showing up in a handful of counties in the next few weeks.

Iowa Department of Transportation spokesperson, Andrea Henry, says the new plates went into production this week and will go out to the counties which need a new supply.

“We have an automatic inventory reordering system that tracks the number of plates each county treasurer has,” Henry says, “but we do have a list of eight counties who will be receiving them first. Those are: Crawford , Palo Alto, Carroll, Clinton, Emmet, Fayette, Hancock and Muscatine counties.”

The plates will feature the new design that is a reboot of the old plates. They will also be made of a new material. 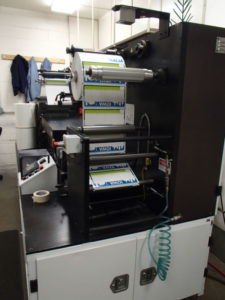 A new type of material is being used in the license plates.

“We are actually using a new high-definition sheeting which is a new product that our vendor has out that provides better reflectivity for the plates themselves,” Henry says. She says license plates are replaced for each vehicle very ten years.

“So it depends on where you are at in that ten-year cycle. So, say if you just received a brand new plate last year — you will not receive another new plate for another nine years,” she says. Henry says if you don’t want to wait a long time for the new design, you can get it for a small fee.

“If anyone would like the new plate and are really anxious to do that, they can request that from the county treasurers and it just costs five dollars and they can get that new design and the brand new plate,” Henry says. The selection of the new plate design created some controversy in the state.

The DOT created the design in house to save money and the three final designs were criticized as unimaginative, which prompted the DOT designer to speak up to defend the design.

(Photos courtesy of the Iowa DOT)