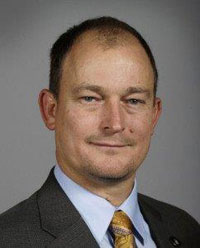 The Iowa Senate has sent the governor a bill designed to address some of the fault lines in Iowa’s mental health care system.

“This bill is really important…This is a transformative piece of legislation,” said Republican Senator Mark Chelgren of Ottumwa.

The bill is the culmination of a lobbying effort by advocates and work by legislators who agree that the full array of treatment options aren’t available within the state for mentally ill Iowans. Senator Amanda Ragan, a Democrat from Mason City, said that’s an important change.

“This is about serving people in the place they need to be served,” Ragan said.

Governor Kim Reynolds tweeted her thanks to legislators for passing the bill. Reynolds called it a “strong step to improving compassionate care for all Iowans.”

Six “access centers” will be created around the state where health care professionals will assess patients in an acute mental health crisis — so those patients aren’t stuck waiting in a jail cell or an emergency room for hours or days before getting appropriate care. Senator Jeff Edler, a Republican from State Center, said a bipartisan coalition worked hard for months and months to develop this plan.

“This is an issue where politics should not even be involved. We’re dealing with some of the most delicate needs that Iowans have,” Edler said. “…When we’re dealing with mental health, we need to lay politics aside and do what’s right for Iowans.”

Some Democrats have raised concerns that the money required to implement these changes might not materialize. Senator Chelgren predicted the legislature and the governor will follow through.

“This is something that I think we can all be very proud of,” Chelgren said, “and I don’t think anyone in this chamber would like to see that success fail because we failed to fund it correctly.”

The plan has the support of groups ranging from the National Alliance on Mental Illness to the Iowa Sheriffs and Deputies Association. Advocates say there’s still a need to address gaps in the mental health care system for Iowa children and teenagers.