You are here: Home / Health / Medicine / Alzheimer’s cases continue to increase in Iowa 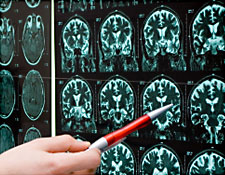 There is still not cure for Alzheimer’s disease, which impacts the brain.

A new report finds the number of cases of Alzheimer’s disease in Iowa is growing rapidly, as is the cost of care.

Greg Woods, a program specialist with the Alzheimer’s Association of Greater Iowa, says the annual report isn’t very encouraging as there’s still no effective treatment and no cure. “This year, we looked at three main things,” Woods says, “the prevalance and incidence of the disease, so how common is it, we looked at the cost of care and we looked at the effect of caregiving, as well.”

Alzheimer’s deaths have more than doubled in the last 15 years while deaths from other major illnesses and medical conditions, like heart disease, have significantly decreased. The report finds about $5.7 million people nationwide are now living with Alzheimer’s, while the figure in Iowa is about 64,000, and both numbers are escalating.

“We know that Alzheimer’s is the 6th leading cause of death in the U.S. and that is interesting to some people because they don’t often think of it as an actual cause of death,” Woods says. “In fact, here in Iowa alone, we have the 5th highest death rate from Alzheimer’s in the whole United States.”

The national cost of caring for people with Alzheimer’s is projected to surpass a quarter-trillion dollars ($277 billion) this year, an increase of nearly 20-billion since last year. In Iowa, the Medicaid costs to care for people with Alzheimer’s are expected to reach 630-million dollars this year. The cost is expected to grow by nearly 24% by 2025.

In Iowa, 136,000 caregivers provided a total of 154-million hours of unpaid care for Alzheimer’s patients, valued at 1.95-billion dollars. The difficulties associated with providing that care are estimated to have resulted in 98-million dollars in additional healthcare costs for caregivers last year. See the full report at: www.alz.org/facts