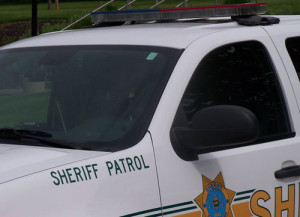 A special investigation by the state auditor in 2017 reported nearly $130,000 in undeposited fees for classes Carroll County Lieutenant Tom Fransen taught in his off-duty hours. The fees were handled by an administrative assistant in the sheriff’s office. State Auditor Mary Mosiman says the audit’s estimate of undeposited fees “may be off” because it was based on the number of concealed weapons permits granted by Carroll County’s sheriff over a five-year period.

“In other words, if they took a class in a different county, they would have paid that other county (the fee), but then they received the permit in Carroll County,” Mosiman said.

The audit didn’t take into account concealed weapons permits issued to active duty military, veterans, law enforcement employees or people who took an online course — none of whom would have paid a fee to the Carroll County deputy for a weapons training class.

Carroll County Attorney John Werden issued a written statement this week about the case. Werden said he conducted an extensive review with other prosecutors and concluded there was “insufficient evidence” that a crime had been committed, so the case was closed. The state auditor has given the county some recommendations for providing oversight to any fees that may be paid for services provided by county employees.

“But we do not offer any sanctions or repercussions for this,” Mosiman says. “We simply are putting out what needs to be improved upon.”

Regular audits of Carroll County operations did not raise red flags about fees for the weapons classes. A complaint from a political opponent of the sheriff prompted the state auditor’s investigation.