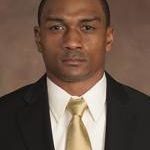 During his time at West Point, the Black Knights finished the season with 10 wins for only the second time in school history and won eight of their final nine games of the season to reach the milestone. Army capped the year with a 42-35 win over San Diego State in the Armed Forces Bowl, to vault the Black Knights into Bleacher Report’s Top 25.

While at Arkansas Tech, Savage mentored a secondary led by second team GAC freshman safety Que’ Rose while Wonder Boys defense finish in the top 25 nationally. The Wonder Boys defense did its best work against highly-rated opposition, holding three top-12 offenses to 125 yards below their season averages.  The Wonder Boys picked up a big win in the Heart of Texas Bowl to cap a 9-3 campaign in 2015 with the second ranked defense in the conference.  The resulting nine-win campaign was only the ninth time in school history that the nine-win threshold has been met and ranks as the fourth-highest win total in school history.

Savage previously spent a season as a graduate assistant at Georgia Tech, working on the defensive side of the ball with primary responsibility for the safeties.  The Yellow Jackets finished the year 10-3 capped off with an Orange Bowl victory.

In 2013, Savage was an assistant coach at Valdosta High School coaching the corner backs, where he was also a ninth-grade teacher. The Wildcats earned a playoff spot in the GHSA football playoffs.

The previous two years, Savage was on the staff at Auburn University. He was the Special Teams Quality Control in 2011 as the Tigers were Chik-Fli-A Bowl Champions. In 2012 Savage served as Defensive Quality Control.

Savage was a Freshman All-SEC and Freshman All-American (Rivals) defensive back in 2006 at Auburn University. He missed all of the 2008 and 2009 seasons with injuries. In the national title season of 2010, Savage started the first seven games before a season-ending injury.

Savage earned his bachelor’s degree in exercise science from Auburn in 2008 before completing a master’s in biomechanics in 2010.