You are here: Home / Health / Medicine / Legislature votes for non-ObamaCare plans in Iowa 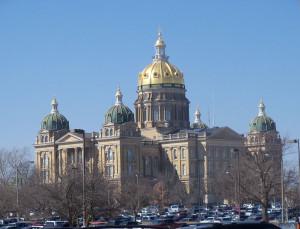 Republicans and many Democrats in the legislature have voted for a bill they say will help Iowans who buy individual insurance policies get cheaper options.

One part of the bill would let the Iowa Farm Bureau sell “health benefit plans” from Wellmark. The other part gives small businesses more latitude to form “associations” to buy group insurance. The plans would not be subject to Affordable Care Act regulations.

“Our people at home are really desperate to have some options for health insurance at this time,” Representative Dawn Pettengill, a Republican from Mount Auburn, said during House debate of the legislation.

“Nearly 30,000 people cannot get insurance,” Zumbach said during Senate debate. “…This bill is about getting those people insured.”

Senate Democratic Leader Janet Petersen of Des Moines emphasized that the plans are not insurance.

“This legislation does not ensure that there would be maternity coverage or any other types of coverage that Iowans are looking for when they purchase insurance,” Petersen said.

Representative Marti Anderson, a Democrat from Des Moines, was a “no” vote, too, when the same bill was debated in the House.

“It leaves an awful lot of room for questions and consumer problems,” Anderson said, “and I cannot support and I cannot vote for the unknown.”

Senator Bill Dotzler, a Democrat from Waterloo, opposed the bill because it does not require tracking what kind of coverage is offered and how many Iowans choose these options.

“We’re going to try something that hasn’t been tried here in Iowa before and I believe we need to, as legislators, understand how this program works and if there are problems with it,” Dotzler said.

Representative Chip Baltimore, a Republican from Boone, said the bill is necessary because of Affordable Care Act regulations.

“When you can’t underwrite for pre-existing conditions,” Baltimore said. “…When you cannot sit here and deny anybody, regardless of their condition, from any coverage and you basically just let them in and as soon as they can get treatment they can leave, without paying the premiums, it’s a disaster.”

The Senate gave the bill final legislative approval today with a 37 to 11 vote.