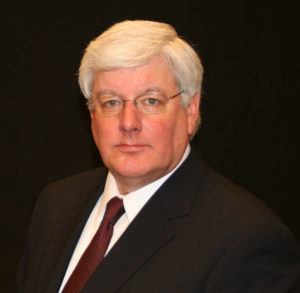 The president of an eastern Iowa company that makes empty boxes primarily for the bakery industry is being named Iowa’s Small Business Person of the Year by the U.S. Small Business Administration.

Bob Simpson heads Big River Packaging Company in his hometown of Clinton. The 66-year-old former electrician says putting his staff first is one key element to his business philosophy.

“It was primarily focused on the employees,” Simpson says. “How to keep people happy and productive and realizing that their job is important and really getting them to take ownership in what they were doing, like they own it.” International Paper closed its Clinton plant in 2001, putting more than 350 people out of work. Simpson saw an opportunity for a niche market utilizing some of the experienced professionals who remained in town. He opened his company a few years later and now has 39 employees.

“If their job isn’t important, we wouldn’t have them, that role wouldn’t be filled,” Simpson says, laughing. “Every job is critical to the customer and to the quality of the product that we produce. People are surprised when they tour the plant to discover that making empty boxes is a lot more complicated than you might think it is.” The boxes can be ordered online (www.brpboxshop.com) and tasty treats from cupcakes to macarons all over the planet now come in cardboard containers made in Clinton. The company boasts 120,000 customers globally.

“The boxes that we make, the designs that we’ve incorporated into our offerings, many of them are unique,” Simpson says. “While it costs more to ship the boxes than the boxes cost, we have customers that are willing to do that.”