You are here: Home / Crime / Courts / Trial set for Decorah man accused of killing his wife 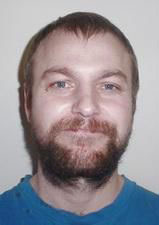 The northeast Iowa man who’s accused in the slaying of his wife during a police standoff earlier this month won’t go to court until late this summer.

A trial date has been set for August 8th for a Decorah man charged with first-degree murder and going armed with intent. Thirty-four-year-old Brian Fullhart is accused of killing 34-year-old Zoanne Fullhart of Decorah in Cresco on March 1st. Arraignment for Fullhart was held Monday in Howard County District Court. A pretrial hearing was scheduled for July 16th.

Fullhart entered a not-guilty plea to the charges earlier this month.