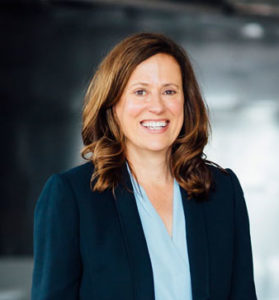 A Democrat who’s spent the past two weeks trying to qualify as a candidate in Iowa’s third district congressional primary has ended her campaign.

Theresa Greenfield of Des Moines launched her campaign last summer and was a leading fundraiser, but her campaign manager confessed he forged some signatures on Greenfield’s first set of nominating petitions. She launched a second effort to gather the required signatures, but fell short.

Members of the Democratic Party’s third district governing board nominated her for congress on Monday. Early this evening, Iowa Attorney General Tom Miller issued a statement saying Iowa law “does not permit” Greenfield to be nominating in that way for congress and she does not qualify for the ballot.

Greenfield issued a written statement, saying the end of her campaign was “a tough pill to swallow” but she accepts the attorney general’s decision and is closing down her campaign. Greenfield said she it would have been wrong to “look the other way” and let the petition with forged signatures stand.

“I think this is crucial. If Theresa had just kept quiet…she’d be a candidate and no one would know any different,” Crawford said. “It’s only because she did the right thing…that anybody knows anything about this.”

Three other Democrats did make the primary ballot for a shot at challenging Republican Congressman David Young in November.