You are here: Home / News / Council member says Cedar Rapids should have a medical marijuana dispensary 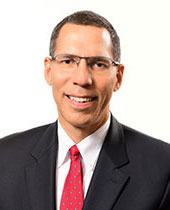 A Cedar Rapids City Council member wants Iowa’s medical marijuana law expanded after his city was passed over for a dispensary. Councilman Dale Todd says population should have been a greater factor in awarding the licenses.

“By not locating these dispensaries in places where there’s market share and a population is going to make it tough for these dispensaries to succeed,” Todd says. He says leaving out the state’s second largest city doesn’t help the people there who will need to use the products.

“The worst part is it’s going to make it challenging for some of the patients who need this medication,” according to Todd. The Department of Public Health awarded the maximum five distribution licenses allowed by the law to Sioux City, Council Bluffs, Windsor Heights, Waterloo and Davenport, with a goal of geographical diversity. Todd

hopes the state opens more dispensaries and expands the list of qualifying conditions. Todd’s son has epilepsy, which could make him eligible for a prescription.

“One of the options and one that we would encourage would be to ask the Iowa Legislature to evaluate this law and hopefully open up some other locations based on population and need and access,” he says. Todd has been pushing for medical marijuana access for years. His son has epilepsy, a condition that could qualify him for a prescription.

(Thanks to Kate Payne, Iowa Public Radio/Photo from City of Cedar Rapids webpage)