You are here: Home / Health / Medicine / Concerns about state Medicaid program at top of Ombudsman’s list for 2017 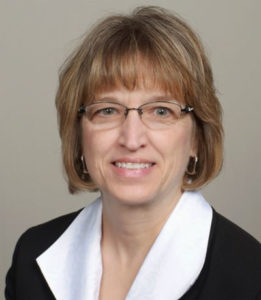 State Ombudsman Kristie Hirschman issued her annual report today and says complaints to her office rose for the fourth straight year in 2017.

Hirschman says one of the reasons for the bump up this year is a 157% increase calls for problems relating to the move to have private companies managed Medicaid for the state. “The majority of complaints we are getting are from providers — because they have no appeal process — and the managed care ombudsman is an advocate for members under long-term support services,” Hirschman says.

The Ombudsman accepts complaints from Iowans who believe a local or state government agency has acted unfairly, unreasonably, or inefficiently. Hirschman says her office has had success in dealing with the complaints on Medicaid.

“If we substantiate a complaint I think we are usually successful in persuading either the Department of Human Services or the manage care association…to correct the problem. Not always. But, if nothing else, we are persistent,” according to Hirschman. Hirschman brought concerns about the switch over in managing Medicaid to legislators last year — and she says they did respond.

Hirschman says she was allowed to hire two additional people last August and she says that has help keep the processing of their cases at a manageable level. “Absent those two additional employees, I’d hate to think where we’d be at right now,” Hirschman says. She says legislators have been trying to continue the address the issue and there is a bill still alive this session that could make a difference.

Medicaid complaints were among the top of the list last year — and Hirschman isn’t sure if the complaints will drop this year. She says a big concern could be AmeriHealth dropping out as a provider. “And they’re actually who we received the bulk of complaints about, the highest percentage of complaints about in 2017,” according Hirschman. But then, as with any program, now we are transitioning a number of members to Amerigroup, and any time you have a transition, there’s potentially problems. And obviously, United Healthcare absorbed a significant number of AmeriHealth members.”

With more than 500,000 Iowans impacted, she says there’s always concerns that come up. “Any changes in the requirements or criteria for Medicaid often generates calls to our office,” Hirschman says. The director of the Department of Human Services told lawmakers earlier this year that manage care is the future for states. Jerry Foxhoven also said most states have struggled as they make the transition.

The Ombudsman’s report chronicles some of the complaints here office has dealt with. You can see the full report at online at www.legis.iowa.gov/Ombudsman.