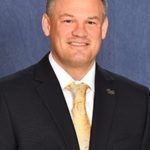 “Matt is a guy with an unbelievable passion for the game and teaching,” said Drake coach Darian DeVries said. “He has extensive basketball knowledge and experience from various levels of the game and has worked with some tremendous influences. We’re excited to have him back at Drake.”

Woodley boasts extensive and diverse experience at the professional, collegiate and high school levels. He has coached 21 future NBA players including Klay Thompson and Hassan Whiteside in addition to serving as the head coach of the Memphis Grizzlies D-League and an assistant for the franchise’s summer league teams.

As a three-year starter at Drake, Woodley played in 83 games and was twice named honorable mention All-MVC and the team MVP as a senior in 1999-00. He ended his career as the program’s all-time leader in three-pointers and steals. He remains the Bulldogs’ all-time steals leader with 194 and earned a bachelor’s degree in education from Drake in 2000.

“Darian and I have been friends for 20 years and have always talked about coaching together,” Woodley said. “So, when this opportunity became available, it presented the chance to work with a coach that I believe in and who I know can create sustained, long-term success at Drake. My wife, who is a Drake graduate as well, and I are excited about coming home.”