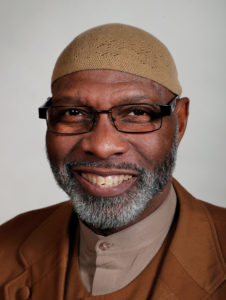 One of the six African Americans serving in the Iowa House delivered an emotional speech to mark the 50th anniversary of Martin Luther King, Junior’s assassination earlier this week. Representative Ako Abdul-Samad, a Democrat from Des Moines, has been a member of the Iowa House for the past 12 years.

“Dr. King was shot in Memphis, Tennessee, because he talked about what all we had to do was come together and work as a nation,” Abdul-Samad said, “not to divide one another.”

Abdul-Samad told his white colleagues they may have meant no harm, but their comments about immigrants during this week’s debate of an anti-sanctuary cities bill had “demonized people.”

“We talk about ‘Iowa nice.’ How nice were we today?” Abdul-Samad said. “Iowa nice? What the hell does it mean, Iowa nice?”

According to Abdul-Samad, Iowa’s majority white community has been “conditioned” to be “disconnected” from minorities

“Go home and look at it because each one of us in this room are immigrants. Your forefathers weren’t here. They came on a boat,” Abdul-Samad said. “Know your own history…Some of us is African-American. We didn’t come here by choice. We were forced to come here on a boat called a slave ship.”

Abdul-Samad asked his colleagues to “set an example” and “welcome immigrants.”

“When you drop to your knees and pray tonight, pray that God gives us all guidance, whatever religion or belief you have,” Abdul-Samad said, “and that you are able to open your hearts and your minds to listen to it.”

Abdul-Samad made his comments late Tuesday during time set aside for speeches in the Iowa House.  None of the bill’s supporters spoke during that time. Earlier, during debate, bill backers said the measure upholds the rule of law and protects all people, citizens and immigrants alike.