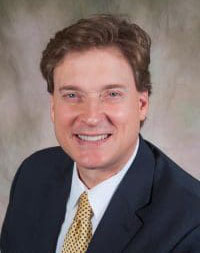 The parents of a Council Bluffs woman who was killed by a drunk driver in Omaha two years ago watched Tuesday’s debate in the Iowa House on an anti-sanctuary cities bill.

Twenty-one-year-old Sarah Root who was killed hours after she graduated from college by a drag-racing drunk driver who was in the country illegally. He was released on bail and disappeared. Republican Representative Jon Jacobsen of Council Bluffs talked about the case during House debate.

“This gentleman was a two-time repeat offender,” Jacobsen said. “He had not shown for two previous criminal hearings. Had he been detained or been deported, had ICE and the locals worked together, Sarah probably would be alive.”

The Iowa House voted 55-45 in favor of the bill supporters say will assure local authorities in Iowa cooperate with federal immigration officials, as state tax dollars would be withheld from cities and counties with “sanctuary” policies for immigrants under threat of deportation. All three legislators from Council Bluffs voted for it — Republican Mary Ann Hanusa, Democrat Charlie McConkey and Jacobsen.

“You say: ‘Well, we don’t have sanctuary cities in Iowa.’ Really,” Jacobsen said, emphasizing that last word. “…To sacrifice innocent Americans on the pire of ‘political correctness’ is unjust.”

The Republican-led Iowa Senate is expected to take up the same anti-sanctuary cities bill soon, approve changes made by the House and send the bill to the governor. Governor Reynolds said in February that individuals who have come here illegally and decided to break the law “should be held accountable.”