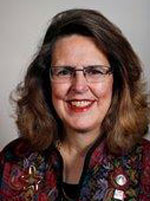 One would force recently convicted drunk drivers with a “temporary restricted license” to use a device that prevents their vehicles from starting if they’re intoxicated. Representative Sandy Salmon, a Republican from Janesville, has been seeking this “ignition interlock device” requirement for a few years.

“I took up this issue because of a constituent whose five-month-old great-grandson was killed by a drunk driver. I have since heard from folks whose lives have been painfully, tragically and irreversibly changed by a person driving drunk,” Salmon said. “This bill helps separate the drinking from the driving. Each time we drive, we must always remember that we are powering thousands of pounds of steel through the air like a torpedo and that is enough to kill somebody.”

The House unanimously gave this proposal final legislative approval yesterday. The Senate sent a different bill to the governor yesterday that seeks to reduce liability for bars and restaurants accused of over-serving alcohol to someone involved in a drunk driving accident.

Senator Herman Quirmbach, a Democrat from Ames, opposed the bill.

Supporters say the bill’s needed to help bar and restaurant owners find cheaper liability insurance. Senator Rick Bertrand, a Republican from Sioux City, said the bill had been so watered down by Republicans in the House that there was only one worthwhile section left.

“Just like a grease trap in the back of a tavern, this thing stinks, but we’re all going to hold our nose and we’re going to vote it out of here because of that one piece of it,” Bertrand said.

The original bill would have set a $175,000 maximum on damage awards from a bar or restaurant in a drunk driving case. The final version of the bill would let juries award an unlimited amount of money for “substantial or permanent” damages from a drunk driving accident.