You are here: Home / Crime / Courts / Search for missing La Porte City teen to expand in some areas 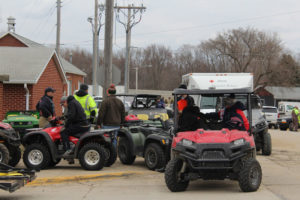 Hundreds of searchers have been looking for a missing La Porte City teen.

The search in northeast Iowa for a missing autistic teenager is now in its fourth day.

“Where we are going to be expanding, we’re going to try to be a little particular about it,” Brecher says. “We need a reason to be expanding somewhere. We don’t want to be expanding just for the sake of expanding.” To date, the search for Wilson has involved dozens of law enforcement agencies from all four corners of Iowa and nearly 1,800 volunteers.

Black Hawk County Sheriff Tony Thompson says 7 to 10 FBI agents and 3 to 4 Iowa DCI agents have also been working the case, and more assistance is on the way. “I’m bringing in another discipline team organized through the state called Iowa CART, which stands for Child Abduction Response Team. ” Thompson says. “Don’t read anything into that other than they have specific expertise in regard to ‘If we can’t find him, we still have to figure out where he’s at, right?'” Thompson says there’s no evidence yet to indicate foul play or that Wilson’s disappearance might be a criminal case. 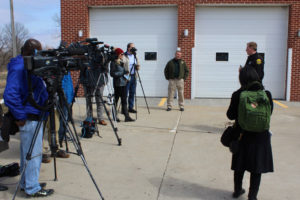 “We’re still treating this as a missing person,” Thompson says, “but we are still processing this with the same diligence, methodology and meticulousness that we would any other criminal investigation.” At a news conference late Tuesday afternoon, Thompson was asked at what point in the search do organizers send volunteers home and let investigators take over.

“We’re going to let this investigation dictate that rather than any of us intervene on that,” Thompson says. “This incident will tell us when its appropriate to push one direction or another.” Since the search for Wilson began, Thompson estimates that investigators have tracked close to 1,000 tips in the case. “We’ve got some things that interest us,” Thompson says. “We’ve had a lot of wild goose chases and we don’t disparage that. We’re tracking everything. I’ve told you time and time again that nothing is off the table.” Sheriff Thompson remains optimistic Wilson will be found, even though critical time has passed.

“There are little things every day that gets my hopes up and keeps me fired up,” Thompson says. “We are as much a cheerleader at this point as we are anything because we want the volunteers to keep coming. We want them to be energized and encouraged. We continue to hope and pray for the best. The amount of energy and effort can only be repaid by the amount of energy and effort we apply as well.” Anyone with information on Wilson’s whereabouts should call La Porte City police at 319-342-2232 or the Black Hawk County Sheriff’s Office at 319-291-2515.