You are here: Home / Sports / Field is set for Grand Blue Mile 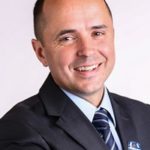 Grand Blue Mile race officials announced the fields for the 2018 USA Track & Field 1 Mile Road Championships set for Tuesday, April 24, in Des Moines. A world-class group of elite runners will headline the event along with approximately 3,000 participants from across the nation who will compete among the recreational and amateur competitive divisions.

“We’re excited to welcome some of the best milers in the country to the streets of Des Moines to compete for the USATF 1-Mile Road Championship at the Grand Blue Mile,” said Drake Relays Director Blake Boldon. “The field features previous champions, Olympic medalists and inspiring stories that make the Grand Blue Mile a favorite for fans lining the streets.”

Vying for the national title and a share of the prize purse are Olympians and world champions, including two-time champion and 2012 Olympic silver medalist Leo Manzano.