You are here: Home / Human Interest / Unclaimed Iowa property is up for sale on eBay 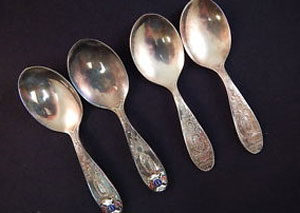 State Treasurer Michael Fitzgerald is offering up unclaimed property from across the state on eBay. Fitzgerald says this is part of the Great Iowa Treasure Hunt, which receives hundreds of unclaimed items every year.

Most of the items come from one source “Banks turn over to us lockboxes where they haven’t been able to find the owners. If they’ve looked for three years and can’t find them, they turn them over to the State Treasurer’s Office,” Fitzgerald says. “And we’ve looked for a minimum of five years for these people — and the law requires us to sell these items.”

The latest items are up for bids online through May 17th. “We have some peace dollars, and we have silver-plated spoons, and we have a two-piece wedding band, things like that,” he says. Fitzgerald says proceeds of the sale go to the state treasury.

He says the proceeds will go back into the general fund to be spent by the governor and legislature.  Fitzgerald says anyone who comes forward and proves the items belonged to their family can still get the money for them even after they have been sold. Fitzgerald says the lock boxes are the only items that get turned over to his office. 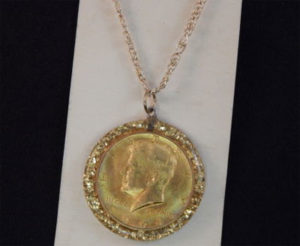 “I’m holding over $318 million for Iowans — and almost seven million shares of stock for Iowans,” Fitzgerald says. ” We want to return to them the money. That’s why we always ask them to go to the GreatIowaTreasureHunt.com put in your name and see if you are on there.” Fitzgerald hopes to continue holding these auctions.

“It is our intention to probably do it once a month — because we have so much stuff — that we will probably pick up the pace if things continue to go well,” Fitzgerald says. Fitzgerald says the online auctions have made it much easier to sell the items and makes them more accessible to everyone in the state.

“We’ve had ’em at the state fairgrounds, we’ve had them at hotel ballrooms in downtown Des Moines. They take a lot of work, they are very expensive to put on — and sometimes they cost more to put them on than what you get from the auctions,” according to Fitzgerald. “These eBay auctions makes it available to everybody in the state. If you live in Sioux City or Davenport you can call up the internet just as easily as anyone in Des Moines.”

You can see the items on sale by going to the ebay site and searching for unclaimed Iowa property.