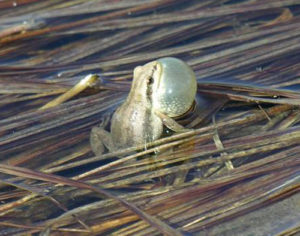 The DNR is seeking volunteers for a frog and toad survey.

The research of the amphibians, which start “singing” around this time of year, could tell scientists more about the state’s water quality. The DNR’s Stephanie Shepherd says frogs and toads are tied to the health of their environment.

“They can actually breathe through their skin and they soak up their environment,” Shepherd said. “It’s what makes them so vulnerable to toxins and pesticides and things in the water that aren’t supposed to be there.” Field work training sessions for the frog and toad call survey were held last week in Sioux City and Ladora.