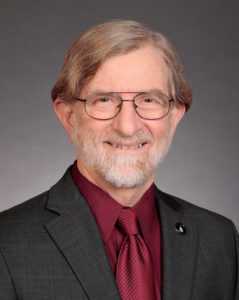 The governor has signed a bill into law that seeks to address lunch money problems in Iowa schools. The policy is a response to reports of high levels of lunch debt and the so-called “food shaming” of some students.

Senator Herman Quirmbach of Ames said it’s been a problem in his community and “many others.”

“Children whose parents are either unable or perhaps unwilling to pay for their lunches have been subjected to embarrassment and even…humiliation because they’re denied a meal or given an inferior meal or otherwise exposed to public ridicule,” Quirmbach said during debate of the bill in the Senate.

Some schools have hung lists in public areas with the names of students with outstanding lunch debt or even forced the students to sit in a separate area or wear wristbands.

Some Iowa school districts have tens of thousands of dollars worth of unpaid lunch bills. Ottumwa, for example, had nearly $68,000 in school meal debt in February. The new law will let schools claim lottery winnings or state tax refunds from parents who have school lunch debt. Schools may also accept private donations to cover those meals.

Senator Ken Rozenboom of Oskaloosa said schools will be able to use those donations to write-off debt at the end of every year.

“School districts know and understand the situations in their districts better than we do,” Rozenboom said during Senate debate. “A $500 debt is different to a family of five, for instance, than it is to a family with one child.”

The bill cleared the House and Senate unanimously. The handful of legislators who publicly remarked on the bill made the common point that it’s not the fault of the child if their parent fails to pay for their school lunch.