You are here: Home / News / AAA offering program to keep teens from drinking and driving during prom 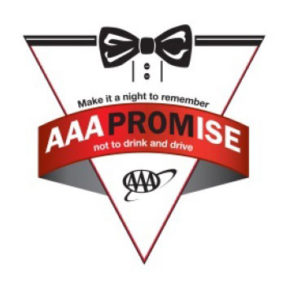 Many thousands of Iowa teens are getting ready to celebrate two of the biggest events of high school — prom and graduation — but the occasions can have deadly consequences.

Gail Weinholzer, spokeswoman for AAA-Iowa, says the motor club is sponsoring the “PROMise” program that runs from now until school lets out for the summer.

“Teens are going to a lot of parties during that time frame,” Weinholzer says. “We’re encouraging them to drive or ride with people who are not impaired by others’ drinking or any type of drug use.” A AAA survey conducted in January showed 39% of teens between 16 and 19 admit they or their friends would likely be under the influence of drugs or alcohol sometime during the prom or graduation season. While one teen may be staying away from temptation, perhaps the friend who’s behind the wheel didn’t, which puts both lives — and others — at risk unless the sober one speaks up.

“What we really want to emphasize with the program is to encourage a conversation between parents and teens,” Weinholzer says. “Oftentimes, teens are afraid to call home for a safe ride for fear of getting into trouble.”

As part of PROMise, should the teen be in danger of driving impaired or riding with someone who may be impaired, parents can pick their teen up and AAA will tow the family car home for free, member or not.  Free PROMise toolkits are available to high schools interested in helping protect their students from the dangerous consequences of impaired driving.