You are here: Home / Agriculture / Farmers in waiting mode until weather lets them start planting 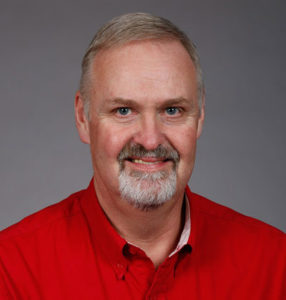 Many Iowa farmers are anxious to start their spring field work, but Mother Nature has other ideas, with recent snowfalls and continued cold weather.

Iowa State University Extension crops specialist Joel DeJong says due to the frigid soil temperatures, farmers are limited on what they can do. “I’ve heard of a little manure being hauled, but past that, very little other activity out in the fields,” DeJong says. “I’m not sure it’s really been fit for the activities to go on. We know it’s going to take a little while for that soil to warm up. It’s going to take a few days of average to above-average temperatures to get us there.”

DeJong says soil temperatures need to be at least 50 degrees — and climbing — for suitable growing conditions for corn and soybeans, and we’re nowhere near that. “Soil temperatures are still in the low 30s, just over 32 degrees, and actually looking at temperatures all the way at our sites that measure to 50 inches, it’s only about 35 to 36 degrees at 50 inches,” DeJong says. “That’s a big chunk of slab of soil that we’re going to have to warm up before it’s really fit for the crop growth.”

If we would start having outside air temperatures in the 60s for a period of about a week, we may begin to see the soil temperatures rise enough to germinate corn seeds. However, DeJong says farmers may be lacking in patience. “We’re probably not going to see people wait that long, because more than likely, if we had that scenerio, we’re going to be drier, so, we’re going to see a lot of those other activities start,” he says. “There’s a few producers that probably will, if it’s early next week, that’s typically the week that most people really want to get going and going hard. So, if the soil conditions are fit, they’re going to go out there and plant and they’re are just going to trust that it’s going to warm up.”

He notes, the good news farmers can take away about this year’s field conditions is that we do have either adequate — or surplus — levels of moisture.