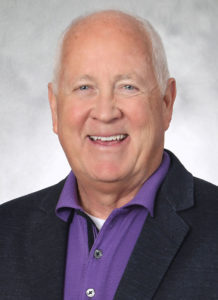 The leader of the Iowa Lottery says he will retire at the end of this year or early in 2019.

Terry Rich took over as only the second ever Iowa Lottery CEO in 2009 following the retirement of Ed Stanek.

Rich is 65 and while he isn’t required to retire, he says he is ready. “I decided it was time to look out and do those transitions to head for retirement. It’s something that everybody looks forward to, and I really want to spend some more time with my family and friends,” Rich says. Rich has three kids and four grandchildren who all live in the central Iowa area.

He says it has been a great job. “I think that the most fun part of the position is that I have reported to three different governors. So I’ve had the chance to see behind the scenes of the capitol and the whole government structure, Rich says. Rich notes that all three governors had one thing in common — their main concern about the Iowa Lottery was that it is run with integrity, and Rich says he is proud to know that has happened under his watch.

He says the Hot Lotto ticket scandal was probably the biggest challenge he faced as CEO and is proud the organization took the steps that led to the truth. “It was really fun leading a group of professionals that was dedicated to doing whatever it takes to solve that mystery, “Rich says, “and it was really a unique mystery.”  A man who worked for a company that supplied the numbers drawn for the game was eventually convicted of rigging the Iowa Hot Lotto game and others after the Iowa Lottery refused to pay out the jackpot.

Rich says advancements in technology have been a big issue in his time at the Iowa Lottery. “The technology has really improved on both the security side and also the convenience for the players,” according to Rich. “I see as we look into the future that we’ll be able to play the lottery on our cellphones in the future. Or the various things that people do to check the numbers on their cellphones and decide to get in on a special promotion.”

Before coming to the Iowa Lottery, Rich was CEO of the Blank Park Zoo in Des Moines, owned his own production company, and was Vice President of Marketing for Heritage Communications in Des Moines.