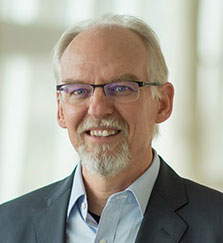 Iowa State University is launching a study of physical activity of rural youth as part of a joint project with the University of Nebraska Medical Center in Omaha.

David Dzewaltowski, the principal investigator at UNMC’s College of Public Health, says he’d like rural communities in both states to help promote physical activity. “This project is going to focus on helping communities decide what’s going on in their communities,” Dzewaltowski says, “and how they can create more options in their communities for kids.” Since the 1970s, he says the obesity rate has quadrupled among youth and our social systems have to change to allow for more activity.

“The primary thing that’s changed is, we live our lives differently,” he says. “The social context, or the people we interact with and the places we interact with throughout the day in our communities, really determine how we eat and how active we are as children and adults.” Dzewaltowiski says it’s vital that kids engage in regular physical activity at a young age and carry that to adulthood.

“What we find is that kids aren’t very active throughout the day,” he says. “If we don’t get kids moving at a young age, then it’s less likely they’ll be active later and also at a young age, if they start to become obese, then they’re more likely to be obese later.” Dzewaltowiski plans to use videos pared with pedometers to measure the physical activity while the program changes are made. He says moving is important not just for health but for educational outcomes.

“Kids need to move to be healthy and they do better if they move in places with learning outcomes,” he says. “In addition to the importance of physical activity for health, physical activity is important for other outcomes the community may value, such as education.” In partnering with county health departments, they’ll work to design ways physical activity opportunities can be integrated into schools, after-school programs, scouting and youth sports that are open to all children.