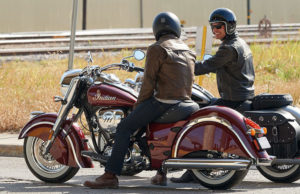 Some motorcycles made in northwest Iowa are being recalled.

The recall, involving 3,300 Indian Motorcycles, follows two reports of motorcycles starting themselves. Polaris acquired Indian and moved production of the cycles to Spirit Lake in 2011. Officials blame the self-starting issue on corrosion in a switch. If the key fob is nearby, that can cause an electrical short and start the engine.

Polaris confirmed one of the self-starts happened in a dealership. No injuries have been reported. The recall affects 11 models of the Indian Motorcycle from the 2018 model year.

Owners can take their motorcycle to a dealer to have the problem fixed free of charge.