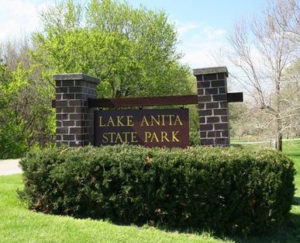 The Iowa House has approved a budget plan for the Iowa Department of Natural Resources that would provide an extra $2 million for operations and maintenance of state parks.

Republican Representative Norlin Mommsen of DeWitt says without the boost, some state parks might have to close.

“So when it came to funding, we increased funding by 43.5 percent for our state parks,” Mommsen says, “because, I think, of the desperate need…it’s a high priority.”

Mommsen says he often visits state parks, including Maquoketa Caves State Park which is near his home.

“The park ranger has figured out the S10 with the basset hound hanging out the window is me, inspecting,” Mommsen says. “All last year, the urinal in the bathroom by the caves. I go to Bellevue and there’s a state park up there…and the one lodge there, the roof is so bad, it’s starting to leak through and it’ll get to the point where if we don’t fix it, we’ll tear it down.”

Democrats in the House say the parks do need upgrades, but they complain the extra money for the parks is coming at the expense of other state environmental programs.