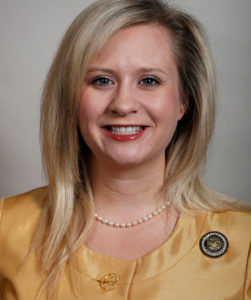 Governor Kim Reynolds has signed a bill into law to establish state rules governing when Iowa junior high and high school students are to be kept out of school sports competition and practices when they have a concussion — and determining when they may return to play.

Senator Tod Bowman of Maquoketa, a former high school wrestling coach, says his son suffered a concussion in a meet this winter.

“He got tossed on his head. He was kind of out. You could tell and within about a second, second-and-a-half, he popped up and he was wanting to wrestle again,” Bowman says.

An athletic trainer at the meet, though, did an immediate assessment and Bowman says fortunately she told the boy on he was done wrestling for the night.

As a result of the new law, officials in the Iowa Department of Public Health will work with the Iowa Girls High School Athletic Union and the Iowa High School Athletic Association, which governs boys sports, to develop a “return to play protocol” for students who’ve shown symptoms or behavior consistent with a concussion or brain injury.

The bill the governor signed into law today says “continuing to play after a concussion can lead to serious injury and even death.”