You are here: Home / Crime / Courts / Police exchange shots with man after chase through central Iowa 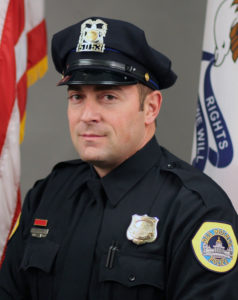 A man led police on a chase through central Iowa Wednesday and fired shots before giving up.

Des Moines police were asked to locate a man who was believed to be suicidal and had a gun. They found the man near Interstate 235 in Des Moines and he took off. The chase went through Des Moines and headed north on Interstate 35. The Story County Sheriff’s Department put out stop sticks south of Ames and slowed the car and police say he fired more than one round from a pistol.

A Des Moines officer returned fire and the man stopped and after a short time threw the gun out of the car and was arrested without anyone being injured. The 21-year-old man has not been identified as was taken to the hospital for a medical evaluation. Charges are expected when he is released.

The Des Moines officer who fired at the man is Senior Police Officer Dustin Wing. He is a 13-year veteran who is on administrative leave during the investigation based on standard procedure when an officer is involved in a shooting.