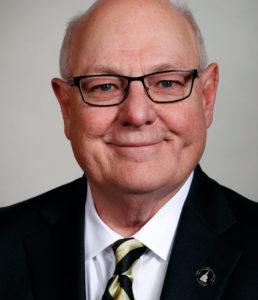 Most Republicans in the Iowa House have approved a bill that would impose new caps and new requirements on the energy efficiency programs and rebates run by utility companies.

Customers would pay about $100 million less each year on their electric and gas bills to finance those programs, according Republican Representative Gary Carlson of Muscatine.

“This is a utility policy bill and I believe it accomplishes what we want,” Carlson said early this morning before the House passed the bill on a 52-42 vote.

Democrats opposed the bill, arguing the move would cause job losses in Iowa businesses that do things like install energy efficient light fixtures or insulate homes. Representative Kirsten Running-Marquardt, a Democrat from Cedar Rapids, accused Republicans of “appeasing” utility lobbyists.

“We are mad ’cause you’re wasting our time and you’re wasting the taxpayers’ money,” Running-Marquardt said. “We could be doing great things, but we’re not because of some lobbyists who have those companies’ best interest at heart.”

“That seems like a pretty good return on investment, not a cost, but a savings, a benefit,” said Representative Chuck Isenhart, a Democrat from Dubuque.

Carlson — the Republican given the task of responding to Democrats during House debate — urged his GOP colleagues to reject attempts to maintain the current system for energy efficiency charges on utility bills.

“How much more do we need to do to take out of rate-payers’ pockets?” Carlson asked.

The bill passed the House at 5:10 a.m. today, after seven consecutive hours of overnight debate. The Republican-led Iowa Senate passed a more expansive version of this bill earlier in the year. The Senate will review the adjustments made in the House next week.