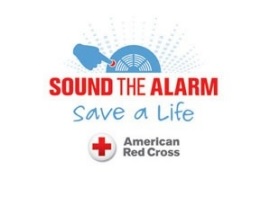 A few thousand Iowans will have knocks on their doors today from firefighters and Red Cross volunteers offering free smoke alarms, complete with batteries and installation.

Mark Tauscheck, a spokesman for the Central Iowa Chapter of the Red Cross, says it’s part of the agency’s “Sound the Alarm” campaign to teach residents about home fire safety.

Sioux City was subject of the campaign a few weeks ago, while Des Moines and Dubuque will be targets today. Only certain neighborhoods are singled out for the door-to-door campaign.

“Like in Dubuque, there was a fatal fire there earlier this year at one of the homes in the middle of the neighborhood that we’re working — and it was determined there was an issue with a smoke alarm there,” Tauscheck says. “We usually rely on the fire department to help us identify neighborhoods that would benefit from what we’re offering as far as the free smoke alarms and installation.”

Studies find many people think house fires only happen to someone else and that their chances of winning the lottery are better than being victim to a blaze. That’s a big mistake, Tauscheck says, adding, all Iowans should have a fire escape plan.

“Using the smoke alarms to get our foot in the door is one thing and once we’re in the door, those escape plans are just as important for families to prepare for and plan out and practice at least once or twice a year,” Tauscheck says. “Really, getting a chance to educate is a big part of this, too.”

This weekend’s events in Iowa are part of the agency’s nationwide effort to install 100,000 free smoke alarms in just 16 days from April 28th to May 13th.