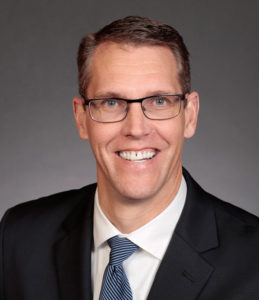 Iowa’s Republican governor and Republican legislators announced a tax agreement on Friday evening, but the legislation to implement the plan was still being written this the weekend. Senator Randy Feenstra, a Republican from Hull, says for tax year 2019, the cuts will be solely on individual income taxes.

“At the very minimum, each individual will see a seven percent reduction,” Feenstra says. “On average, it will be around 10 percent.”

Corporate tax cuts will take effect a couple of years from now.

“It hasn’t been since 1951 that we lowered corporate income tax,” Feenstra says. “We actually increased it in 1987 from 10 to 12 (percent), so this is a very significant step for Iowa to start lowering both individual and corporate taxes.”

Republicans promise to get rid of a state deduction for federal taxes that makes Iowa’s income tax rates look higher than they are, when compared to other states, but Feentra says it won’t happen immediately and it won’t happen unless state tax revenue grows by at least three-and-a-half or four percent annually.

Governor Kim Reynolds unveiled a framework for tax cuts in February, but it took a couple of months for Republicans in the House and Senate weeks to hammer out a deal all in the G-O-P could live with.

“It will be fully implemented based on how our economy grows and when the targets are met,” Feenstra says. “We wanted to created some responsibility in lowering taxes and make sure that we could fund all the things the government needs to fund like education, public health and so forth, so I’m really thrilled about how this came together and how all sides worked together on the goals that needed to be met.”