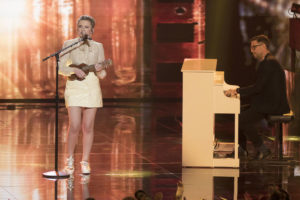 A Clarksville woman is now in the top seven on American Idol. Maddie Poppe and the other contestants on the ABC-TV show gave their take on Disney music Sunday night.

The 20-year-old Poppe performed “The Bare Necessities” from “The Jungle Book.”

“Your voice just feels so timeless to me. Like a situation that makes me want to keep listening and listening. You’ve had it since your audition and it just keeps getting better and better,” Bryan said. Poppe will compete again for America’s Vote on American Idol next Sunday night (May 6).