You are here: Home / News / Fate of municipal electric company in hands of Decorah voters 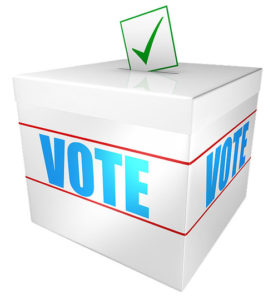 Decorah residents will go to the polls today to decide on authorizing the city council to explore the possibility of a municipal electric utility in the community.

Emily Neal, with Decorah Power — a group supporting the effort, says a “yes” vote is a win for the northeast Iowa town. “We win because we will control our energy future,” Neal says. “We can decide at that point to apply to the Iowa Utilities Board or if we decide we want to wait, we’d be in a better negotiating position, but only with a yes vote can we fully understand the potential we have to save our community millions of dollars every year.”

Alliant Energy has provided power to Decorah for more than 100 years. Matt Cole, a spokesman for Alliant, says the utility has a proven track record. “We have great reliability in the Decorah area,” Cole says. “The system we operate safely. We have 17 dedicated employees with a combined 356 years of experience. They built the system. They’ve done modifications and design to it and understand how it’s configured which will ensure low cost and reliable energy being provided to the customer.”

Decorah City Manager Chad Bird explains the impact of a “yes” response from voters. “A yes vote is simply authorization for the council to continue to have the conversation as to whether they want to apply to the IUB for municipalization,” Brid says. “It’s not a mandate. The council doesn’t have to do anything with a yes vote and there also is no time limit on that.” Bird says there’s no expiration on the authority, either. He notes that a “no” vote essentially stops discussion on the possibility, but only temporarily.

“It can come back for a future vote after four years time has passed,” Bird says. “That’s written into state code. If it’s a no vote, the issue is really dead as far as municipalization for four more years.” The Iowa Utilities Board has not approved a municipal electric utility since 1976.