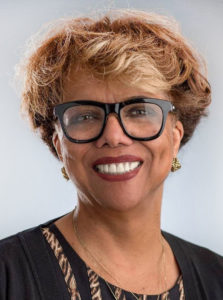 The woman who is the longest serving African American legislator in state history delivered what she called “departing remarks” yesterday. Representative Helen Miller, a Democrat from Fort Dodge, has been a member of the Iowa House for nearly 16 years.

“We focus so much on staying, despite the fact that we all know it’s not possible to stay,” Miller said. “We can’t stay young. We can’t stay good looking. We can’t stay in our jobs. We just cannot stay, because life is not about staying, but I’ve been extremely fortunate to stay as long as I have wanted to stay and now I have decided I’ve stayed long enough.”

Miller, who is an attorney, was first elected to the Iowa House in 2002.

“My retirement, simply put, is not about doing, but will be about what I no longer do,” Miller said. “No more checking emails constantly, chasing down answers, knocking on doors, soliciting campaign funds.”

Miller told her colleagues she had no idea “what a burden it is to serve” until she felt the weight lift in January after announcing she’d retire rather than seek reelection this fall. Miller cited the completion of Highway 20 as a four-lane highway in western Iowa as her top legislative priority.

“I am beyond pleased that I get to walk out of here with Highway 20 done,” Miller said. “Lessons learned? Bipartisanship works at the local, state and national levels and there is more than one way to skin a cat.”

Miller cited two other bipartisan accomplishments during her tenure in the House and offered advice to those who will be in the legislature next year.

“Learn what you can wherever you can. Be persistent and patient and don’t worry about who gets credit for it,” Miller said.

Miller moved to Fort Dodge with her late husband, Edward, three years before she successfully ran for the legislature.

“What I like about Iowa is that if you put your arms around her and give her a hug, she will hug you back,” Miller said. “I have embraced Iowa throughout the years that I have been an Iowan and I have been embraced in return.”

Miller is a New Jersey native. She will remain an Iowa resident, but did let her colleagues know she’ll stay in a warmer climate from January through April of next year.