You are here: Home / Sports / Morningside College to add men’s and women’s Lacrosse 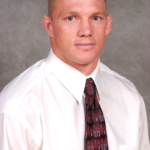 The athletic department at Morningside College is expanding. Mustang Athletic Director Tim Jager announced the school will add men’s and women’s lacrosse and begin varsity competition in the spring of 2020.

“The addition of men’s and women’s lacrosse will provide Morningside student-athletes the opportunity to compete in a sport that is rapidly gaining a presence in the Midwest,” Jager said.

Morningside competes in the National Association of Intercollegiate Athletics (NAIA). Jager said there are currently 42 institutions in the NAIA that have lacrosse programs in addition to over 200 NCAA Division III varsity lacrosse programs.

A lacrosse field with an artificial turf playing surface similar to the surface in Elwood Olsen Stadium will be built near the existing parking lot west of the stadium. Jager said the lacrosse field would also be used as a soccer practice facility to help alleviate scheduling conflicts in the fall for soccer and football practice time on the stadium’s main playing field.

Jager says the plan is to hire a head coach to run both programs this summer.

“Then we will see how the recruiting goes next winter and see what the numbers are”, added Jager. “The plan right now is to hire one full-time coach.”

The new programs will increase the Mustangs’ total to 28 varsity sports.