You are here: Home / Human Interest / Cyclists to quietly ride to honor those who have been killed or injured 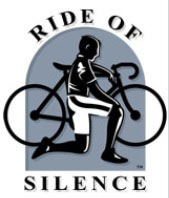 Bicycle rides will be taking place in at least seven Iowa cities tonight  as a tribute to cyclists who’ve been killed or seriously injured in crashes.

The “Ride of Silence” was started 16 years ago in Texas and is now an annual event in thousands of cities and towns worldwide. Roger White, organizer of the ride taking place in Cedar Falls, says participants are asked to pedal the entire route without uttering word – unless it’s to warn other cyclists about a potential hazard.

“It’s intended to be a ride of silence out of respect and in memory of those who’ve fallen,” White says. According to the Iowa Bicycle Coalition, 11 people died in bicycle crashes in Iowa in 2016. Nine of those crashes involved collisions with vehicles and in five cases, the bicyclists were struck from behind. White says fatal car-versus-bicycle crashes could possibly be eliminated if all motorists kept their focus on the road.

“You know, distracted driving is a big problem for everybody, but it’s particularly a problem for bicyclists because you come up on that bicyclist faster than you think – even if they have good lighting and visibility,” White says. “If you’re not looking, you’re not going to see their lights and bright colored clothing.” White and many other bicyclists are also calling for greater penalties in Iowa for motorists who are found at fault for hitting a cyclist.

“Right now, there are many times that the motorist is not even charged or if they’re charged with anything its failure to yield, which is a pretty minimal fine,” White says. “And that can be true even if the cyclist is killed or seriously injured.”

Rides of Silence are taking place tonight in Cedar Falls, Cedar Rapids, Charles City, Des Moines, Marshalltown, Mason City, and Sioux City. In most cases, the cyclists will be accompanied on city streets by police cars that lead and follow the riders.