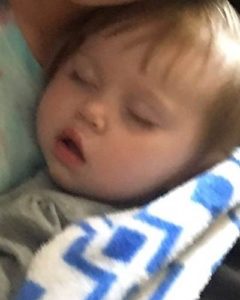 An Iowa woman is now charged in connection with a South Carolina kidnapping case.

William and Jessica Ray were arrested last Thursday in Winneshiek County after the sheriff’s office received a tip that the couple was spotted at the Decorah Walmart. The Rays were wanted for taking their daughter Dakota from Camden, South Carolina on April 15. They do not have custody of the two-year-old child.

Police say the Rays had been staying with 56-year-old Tami Linne at her home in Bluffton for three weeks. Linne is accused of helping hide the couple and the toddler. She’s now charged with accessory to a felony.