You are here: Home / Military / Historical Society exhibit honors all who gave the ultimate sacrifice in World War I 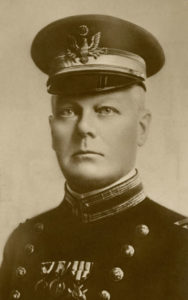 The State Historical Society of Iowa is rolling out a new exhibit this Memorial Day weekend.

Spokesperson Jeff Morgan says it’s called the World War I Honor Roll. “It’s a compilation of more than 4,000 Iowans who lost their lives a century ago during World War I,” Morgan says. The exhibit features the names and corresponding photos collected from Iowa families who lost loved ones during the war.

Some of the featured artifacts will be delivered in a private ceremony on Saturday by the descendants of Captain Edward Fleur of Des Moines, who was killed during a German gas attack on May 27, 1918. Morgan says the items will include a uniform, quilt, personal journal, and photos and negatives. One of Des Moines’ busiest streets, Fleur Drive, is named after Captain Edward Fleur.

The World War I Honor Roll opens to the public at 9 a.m. Saturday at the State Historical Museum of Iowa (600 E. Locust St.) in Des Moines. Admission is free. The exhibit will eventually make its way around the state.

“It’s going to be here at the museum for the next three to five months and then we’ll start touring it across the state,” Morgan said. “As we get closer, we’ll know more about how people can make that reservation to bring it to their community.”