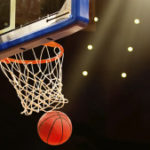 The Iowa State men’s basketball team will play at Mississippi in the 2019 SEC/Big 12 Challenge, the league offices announced Thursday. The game will be played Jan. 26 at The Pavilion at Ole Miss. Time and television information will be released at a later date.

The Rebels will be under the direction of new head coach Kermit Davis after finishing last season 12-20. Ole Miss returns two of its top three scorers from last year’s team.

January’s showdown will mark just the second meeting between the two schools. The only other contest came in 2000, a 73-68 win by Iowa State in Laie, Hawai’i.