You are here: Home / News / ISU expert predicts where the ‘all in’ Boulton backers may migrate 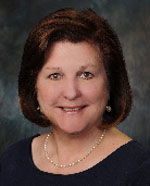 State Senator Nate Boulton’s exit from the race for the Democratic Party’s nomination for governor a dozen days before the primary has voters scrambling to reconsider their choices.

A recent Des Moines Register “Iowa Poll” showed Boulton in second place, behind perceived front-runner Fred Hubbell. Dianne Bystrom, head of the Center for Women and Politics at Iowa State University, said voters who were “all in” for Boulton may migrate to anyone but Hubbell.

“Those votes may go toward John Norris, who is oftentimes noted as a second choice among a lot of Iowa Democratic voters,” Bystrom said. “But I also think…the two women in the race could also pick up a sizable share of Boulton supporters.”

Those two female candidates — Cathy Glasson and Andy McGuire — both called on Boulton to exit the race after The Des Moines Register published the accusations of three women who say Boulton touched them inappropriately. Boulton apologized, but made the distinction the alleged activity happened in a social setting. Bystron said there’s more legal recourse for women who are sexually harassed in the workplace — but Bystrom said it’s not surprising three women in the state senate called Boulton out for trying to classify harassment in a bar as something different from misconduct in the workplace.

“Women want to be treated with respect whether they’re at work or in a social setting,” Bystrom said.

Boulton, a first-term state senator who turned 38 yesterday, was the youngest candidate in the Democratic race for governor. Some of Bystrom’s Iowa State students were volunteers on Boulton’s campaign.

“I’m hoping that enthusiasm among young people for his campaign continues and that they make the choice to still stay engaged in the primary,” Bystrom said, “with their support going to another candidate.”

The Democratic Leader in the Iowa Senate has called on Boulton to resign from the legislature. Bystrom said it’s “not impossible, but increasingly difficult” for someone to return to elected office once confronted with allegations like this.

“I think it depends on how each man handles each situation,” Bystrom said. “I wouldn’t say it’s particularly over for Nate Boulton. I think, as he’s said himself, that this should be a teachable moment.”

Boulton said today during an interview with KCCI TV it has been an “intense and, in a lot of ways, heartbreaking” 48 hours. Boulton again apologized for anything he said or did that women who came forward believe had crossed a line. Boulton’s wife said during the KCCI interview she has sympathy for the women Nate offended, but she expressed concern there had been a rush to judge her husband before there was a “full conversation” about the allegations.