You are here: Home / News / State making another push to hire veterans 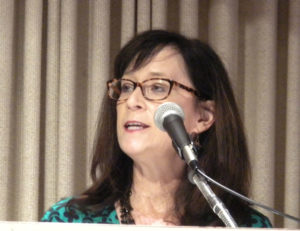 The leaders of the Department of Administrative Services and Iowa Workforce Development says they are putting on another push to hire veterans to fill state jobs.

IWD Director Beth Townsend says it’s especially important now with the amount of jobs that need to be filled. “At IWD we are committed to helping veterans find jobs in Iowa because of our significant skills gap. We are also committed to hiring veterans within IWD,” Townsend says. “This issue is very personal to me because I moved to Iowa from active duty and it was a difficult transition. I was a fish out of water and I felt that my military experience actually was a hindrance to me.” Townsend says it was tough to get employers to grasp what she as a veteran had to offer their company.

“Like many veterans, I couldn’t get employers to look at my skill set as opposed to the experience I had on my resume,” Townsend explains. “It is important that as hiring managers we look beyond a list of jobs that have been held by veterans — and instead look at that skill set.” She says they are working with veterans to help them better showcase what they have to offer when they apply for a job.

“On Home Base Iowa we have a tool that would help the veteran translate their military experience into more civilianized terms so they can describe it in a term that a hiring manager from a plant might recognize,” according to Townsend. 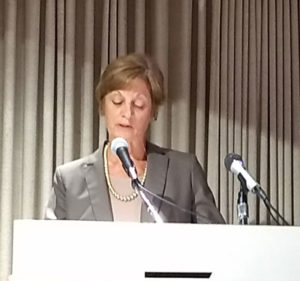 Department of Administrative Services director, Janet Phipps says they are trying to let managers know the importance of hiring veterans and what they bring to a position.

“There’s is already a veterans hiring preference as far as a points system is concerned. What we’re just really wanting to highlight is that having veterans come into a civilian workforce is different — and as has been talked about, — sometimes the terminology doesn’t translate,” Phipps says. “We have our own acronyms in the state, the military has their own acronyms, and we just want to make sure that that translation gets done.”

Phipps is also a veteran. The two made their comments prior to a state workshop on hiring veterans.