You are here: Home / News / Iowa waterways expected to be busy this Memorial Day 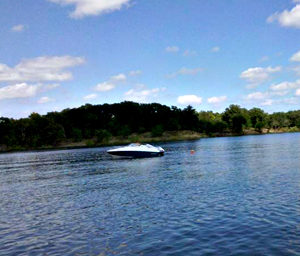 The weather has finally turned warm enough for you to get your boat out on the water.

The DNR administrator who oversees boating laws in the state says don’t let your excitement at getting onto the water and celebrating turn into tragedy.

Susan Stocker says if you are going to have alcohol on the boat, be sure to have a designated driver of the boat as the legal blood alcohol limit on a boats is .08, or the same as for driving a car. But she says drinking on the water has other issues that go with it.

“People don’t realize that once they are out on the boat the effects of the wind and the sun and the glare coming off the water enhances how they feel from just one alcoholic drink,” according to Stocker. There were 41 reported boating incidents on Iowa waters last year — with 22 of those involving personal injury –15 were property damage accident and there were four people killed in boating accidents. Stocker said the numbers were relatively the same for boating incidents in 2016. Stocker says you need to be aware of the water conditions when you are out on a lake or river. That’s especially true right now.

“There’s some high water out there,” Stocker says, “so make sure that you’ve got some lookouts and additional people in your boat who are looking for floating debris that might be just under the surface because of the high water.” Iowa law also requires that the boat has a life jacket for everyone aboard.

Stocker says the life jackets have to be in good shape. They also have to be accessible, which means they can’t be in a locked compartment or in the wrapper they came in when purchased from the store.

You may find out more about boating safety on the DNR’s website.