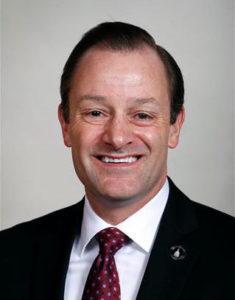 A state represenative who’s landed a piloting job has resigned from the Iowa House.

Ken Rizer is a Republican from Marion who was first elected to the Iowa House in 2014. He had already decided not to seek re-election this fall.

Rizer was recently hired as a pilot for Flexjet and he’s now based in Des Moines. Rizer was a fighter jet pilot for the Air Force and had been teaching aviation classes at the University of Dubuque.

Under Iowa law, a special election to fill a vacancy would be held if the legislature were scheduled to convene before the November election. That’s not the case, so Rizer’s seat will remain vacant and a new representative will be chosen by General Election voters this November.