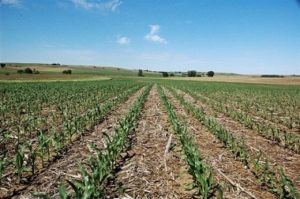 Rental rates for Iowa farmland increased this year for the first time since 2013, according to a survey from Iowa State University Extension. It shows the average statewide rental rate is $222 per acre, an increase of just 1.4 percent over last year.

ISU Extension economist Ann Johanns says another, related report is on the way. “Soon, Iowa State will release a farmland ownership survey. That’s something we do every five years and that really gives us some insight into how much is land is rented and how it’s rented,” Johanns said. According to the most recent figures from the USDA, a little more than half of the farmland in Iowa is rented.

ISU Extension will be holding leasing meetings around the state in July and August, at which time the survey on farmland ownership will be discussed. “Which we think really gives some good insight into who owns the land, how they own it, and it asks how they might intend to pass it on,” Johanns said.

The increase in farmland rental rates, while rather small, is somewhat surprising in light of grain prices. Johanns notes rental rates have dropped by nearly 18-percent since 2013. Over the same time period, corn and soybean prices received by Iowa farmers declined by 52 and 37-percent, respectively.